10 Shows I Am Binging During Quarantine 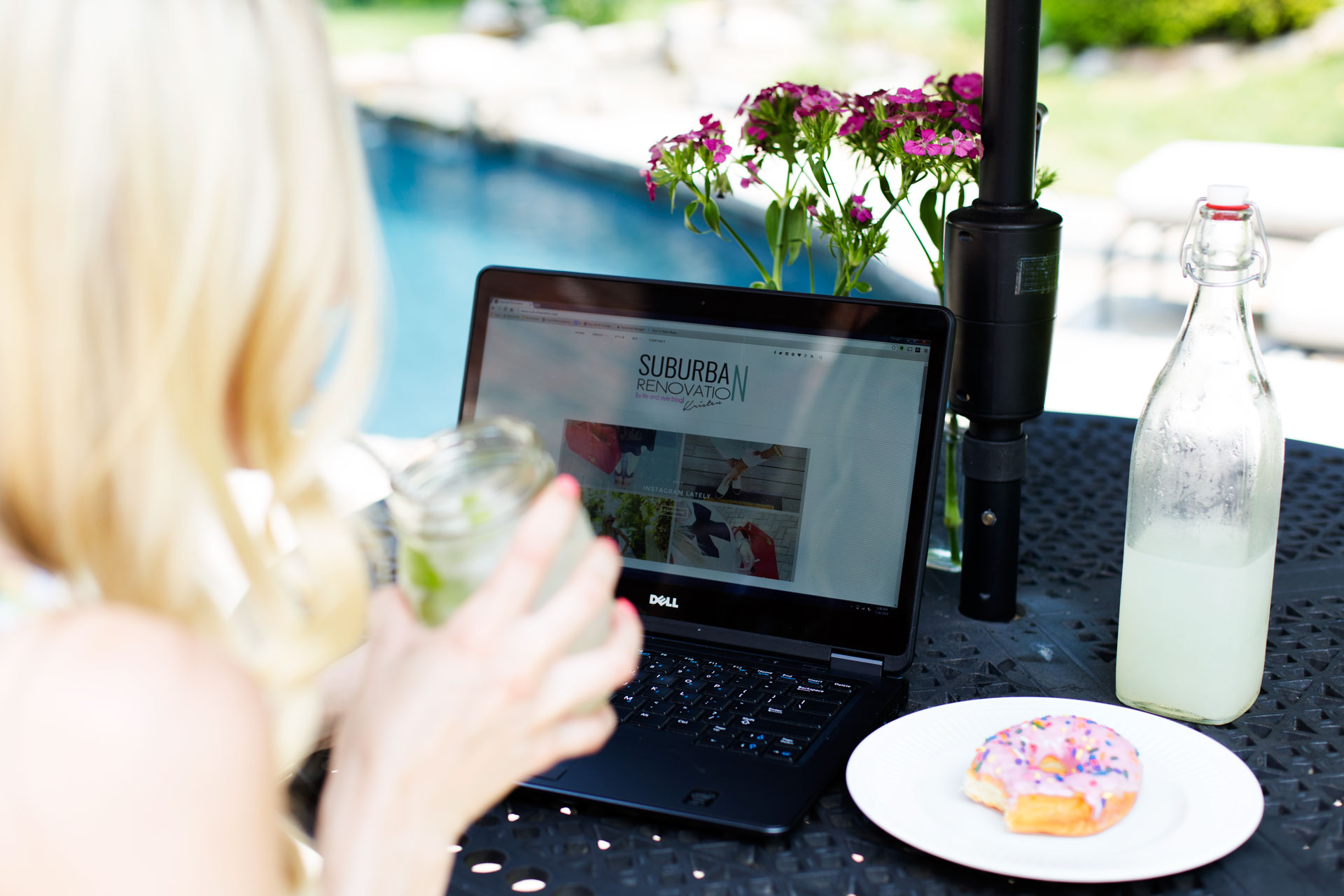 During these uncertain times, we have all been doing our part to “flatten the curve”. That includes social distancing and quarantining. Eric and I have some projects that we are planning to tackle, but there are also going to be countless hours binge-watching shows. It is just inevitable! If you are looking for things to do other than watching TV, check out my post on How To Stay Sane While Social Distancing. If you are new to working from home and struggling to find your stride, check out my post on 10 Tips For Working From Home. If you are just looking for some great TV recommendations, then you have come to the right place! Today, I am sharing 10 Shows I Am Binging During Quarantine!

Check out the 10 Shows I Am Binging During Quarantine below! 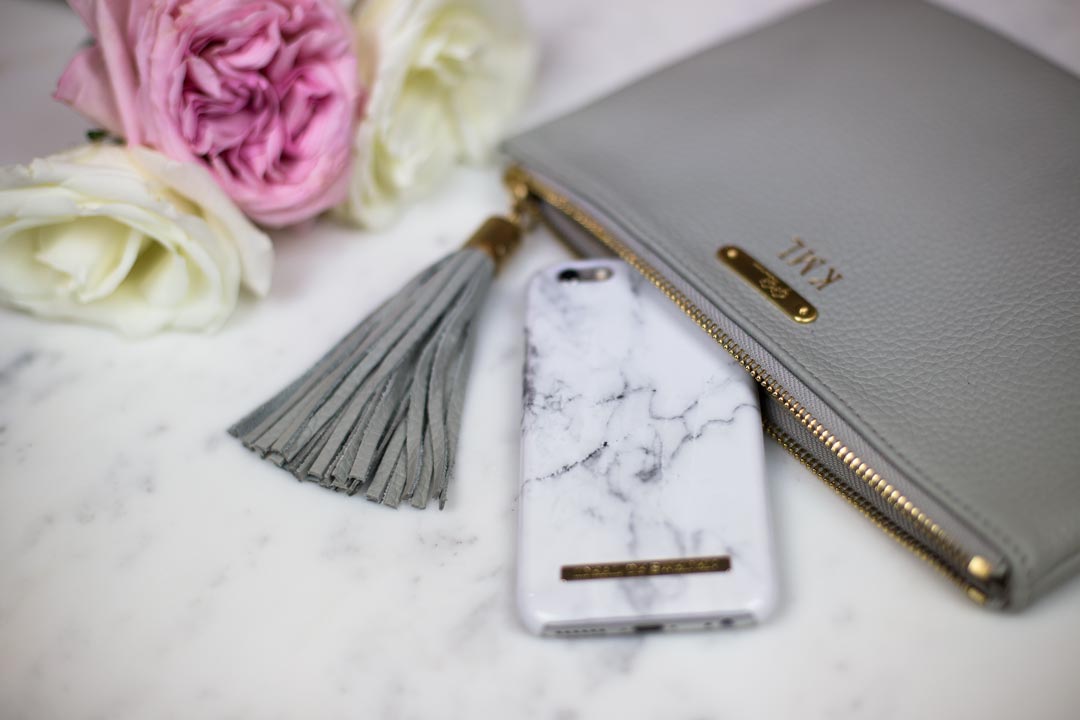 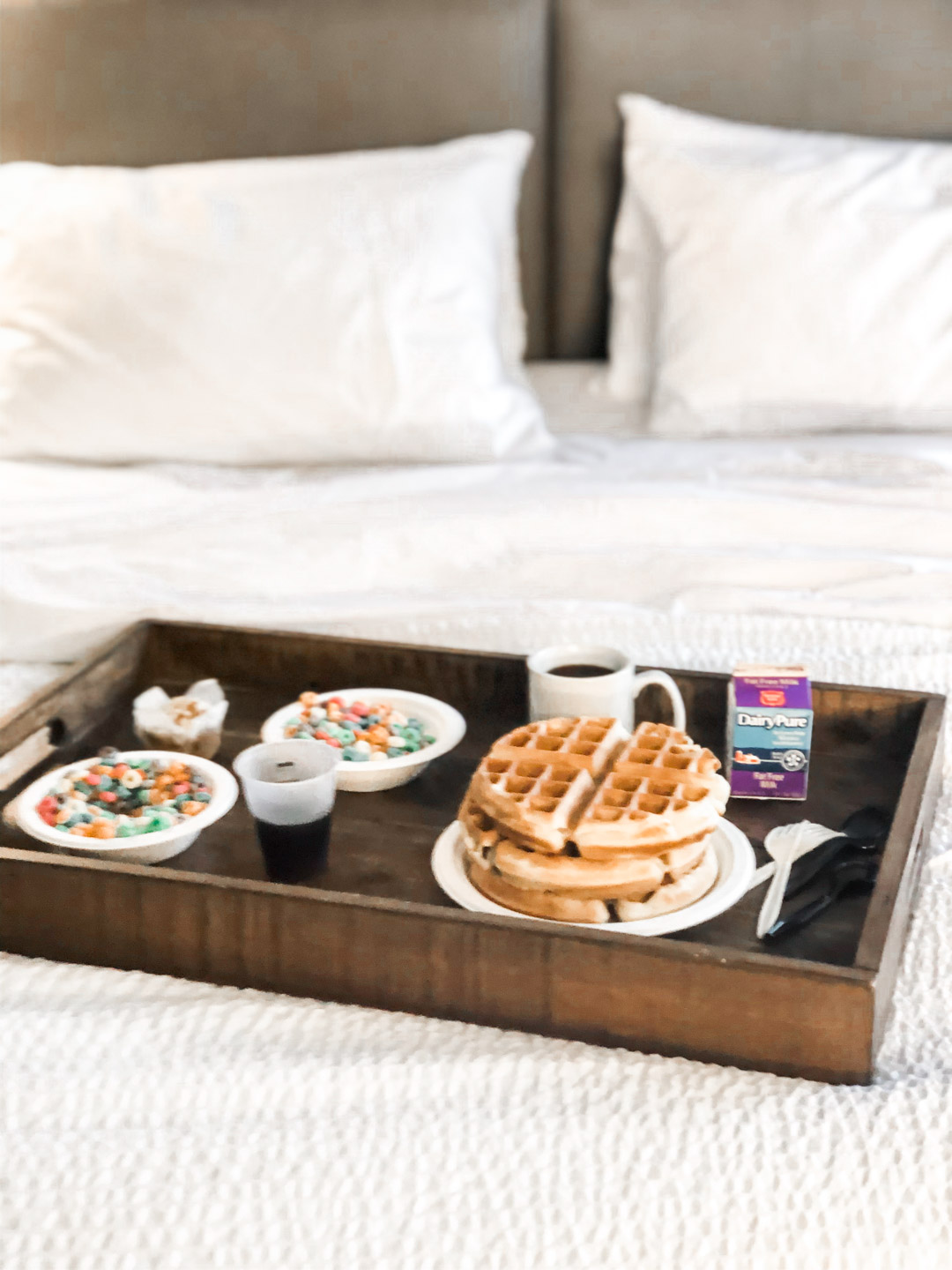 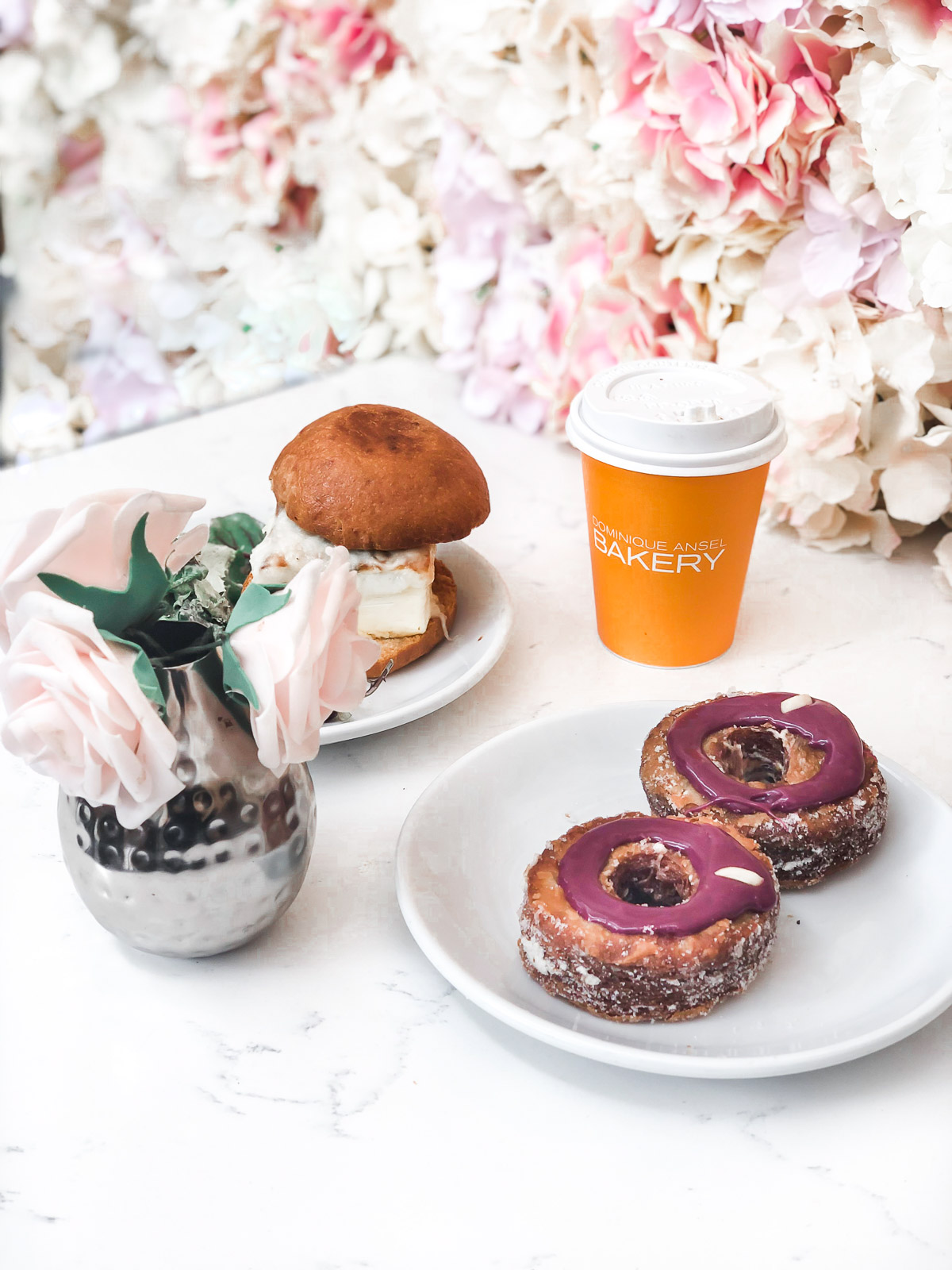 If you are looking for a way to forget your cares, this is the show for you! Schitt’s Creek follows the Rose family, who go from riches to rags when they lose all of their money and assets except for a stake in a town called Schitt’s Creek. They move into a shabby motel in town and we get to watch as they try to adjust to their new lives. Between married couple Johnny and Moira Rose, played by Eugene Levy from American Pie and Catherine O’Hara from Home Alone, and their children, David and Alexis Rose, played by Daniel Levy (Eugene Levy’s real-life son) and Annie Murphy, the comedic antics are at an all time high and will keep you laughing throughout the episodes! The best part, 5 Seasons are currently available on Netflix with a 6th soon to come!

My mom was raving about Outlander for weeks before I finally took her advice and started watching. This show is Game of Thrones meets Romance Novel! Without revealing too much, Outlander is set in both the 1940’s, right after the end of WWII as well as the 1740’s and follows Claire Randall as she navigates life after war and being separated from her husband for 5 years. In a twist, after just being reunited with her husband, Claire is inexplicably transported to another time. Torn between two worlds, Claire must decide whether she wants to make a life in this new time, or whether she wants to find a way back home? There are 3 Seasons currently available on Netflix and an additional 2 Seasons available on Starz! I promise you won’t be disappointed!

If you are looking for something more lighthearted (and something to fill the Bachelor/Bachelorette void), then Love is Blind is for you! This social experience, hosted by Nick and Vanessa Lachey, brings together couples in a totally new way. These men and women are allowed to get to know each other through deep and hard conversations, but the catch is that they have to do all of this through a wall. They are separated into pods (very appropriate for the current world situation right now) and forced to get to know each other without distractions such as looks, economic prominence or (gasp) social media. They must decide whether to get engaged based solely on their emotional connection and cannot see each other until after the proposal. From there, we get to see as their relationships either flourish or flounder once they are thrust together into the real world. Will they say “I Do” or “I Don’t” at the end? There are 10 Episodes and a Reunion available on Netflix!

If you are a true crime or thriller fan, Mindhunter is a great mix! Although the story is technically fictional, many of the underlying criminals are real, making for a really interesting show. Based in the 1970’s, the main character, Holden is an FBI agent who is trying new and cutting edge techniques to understand the criminal mind. Through recorded interviews, Holden gets to listen to and analyze the criminal psyche. He is met with push back from his superiors, who don’t fully support or understand his techniques, but we get to watch as his innovative experiments help to solve real-life murders in the present. There are 2 Seasons available on Netflix currently!

Some other great true crime documentaries available on Netflix include:

Killer Inside: The Mind of Aaron Hernandez

Conversations with a Killer: The Ted Bundy Tapes

This one is an oldie, but a goodie! I know it may be shocking, but Eric and I had never seen The Sopranos before! Both of us were in college when it was airing, and it seems that we must have had more important things to do during that time than watch TV! Because friends and family kept talking about the show, we finally hunkered down and binge watched during the holidays. The show is based around – you guessed it – the Sopranos, a mobbed up family elbow deep in the criminal underworld of the Italian Mafia. The twist? Tony Soprano is seeing a shrink because he can’t seem to handle his less-than-legal activities. Despite graphic violence, there is something about this show that gives you a warm and fuzzy feeling. Tony Soprano is one of televisions most beloved characters, so if you haven’t watched, now is the perfect time! All 6 seasons are available on HBO Go!

If you read my post How to Stay Sane While Social Distancing, you may have seen some of my book recommendations. One of those recommendations included The Dublin Murder Squad series. At this point, I have read all of the books in the series, but Starz made a television series about the first book, Into the Woods. The show (and the book) takes place in Dublin, where a body of a child is found in the woods. The Murder Squad (the  equivalent to the Homicide Division in the US) is called in to solve the case. They are met with suspects at every turn and encounter strange adversaries along the way. The ending has a huge twist that I LOVED in the book! The first season is available on Starz now! Consider also reading the book!

If you want to laugh, then get ready to binge 3 seasons of The Marvelous Mrs. Maisel. Set in NYC in the 1950’s, Miriam or “Midge” is a housewife with two young children and an aspiring comedian husband. When he suddenly leaves her for another woman, Midge takes to the comedy clubs to let out her frustration in hilarious stand up routines that were groundbreaking for that time. Not only were there almost no female comedians at that time, but she is toeing the line of what was appropriate to talk and joke about and what is considered illegal! I promise that you will be belly laughing through her stand up routines and you will come to love her wacky and hilarious family as well! Check out all 3 Seasons on Amazon Prime Video!

Set in the future, Westworld is anything but a typical amusement park. Meant for wealthy vacationers to play out their wildest fantasies, Westworld is a Wild West setting that houses realistic robotic hosts who play characters in different scenarios. Like every AI show, when you have robots that are highly intelligent and look and act like humans, you know that it is only a matter of time before they start to become too smart for their own good. The show follows a series of characters, both human and robot, who try to unravel the mysteries of Westworld in both past and present time. The thrilling and complex storyline will definitely keep you entertained! There are 2 full Seasons available on HBO Go now and the third season just started airing!

Hart of Dixie is one of my all-time favorite shows ever, only second to Friends! You can’t help but fall in love with Bluebell, Alabama, where Dr. Zoe Hart relocates after being told she doesn’t have the right bedside manner to secure a top residency in NYC. Upon arrival in Bluebell, Zoe learns that being a small town GP isn’t as easy as she thought it would be! Zoe is offered a room in the carriage house on the Mayor’s plantation, who happens to be none other than Lavon Hayes, the famous football star. They forge a best friendship that remains steadfast throughout the series (and is one of my fav relationships ever)! The antics and the hi jinks are all so adorable and cute. I can’t even lie…I want to move to Bluebell (if it existed)! There are 4 fantastic Seasons available on Netflix!

A quick side note: Hart of Dixie has been compared to the new Netflix series, Virgin River. Not only do the two shows share a few cast members, but the small town doctor premise is similar. Honestly, Virgin River is ok, but Hart of Dixie is in a whole different league. I would say that, between the two, it’s a no brainer…Hart of Dixie is the way to go!

There is just no comparison to Friends! I could watch and re-watch the series over and over again (which I have) and never get sick of it! I was a casual fan of the show when it was airing in real-time in the 90’s and 2000’s, but again, I was in college during the last few seasons and watching TV wasn’t really high on my priority list. Over the past few years, especially when I am traveling, I like to have something lighthearted and familiar on in the background as I work, fly or drift off to sleep. As of right now, Friends isn’t available on any streaming services, but you can always watch it on cable. TBS is playing it, pretty much non-stop, on a daily basis!

Thank you so much for stopping by! I hope these shows give you something to do for the foreseeable future! If you have any other suggestions, let me know in the comments below and I can review and add them to this list!

Also check out 20 Netflix Series to Binge while Social Distancing, which focuses solely on Netflix shows!

Lawyer by day, blogger by night! The Glamorous Gal is my creative outlet where I share my style tips, outfits and DIY projects. 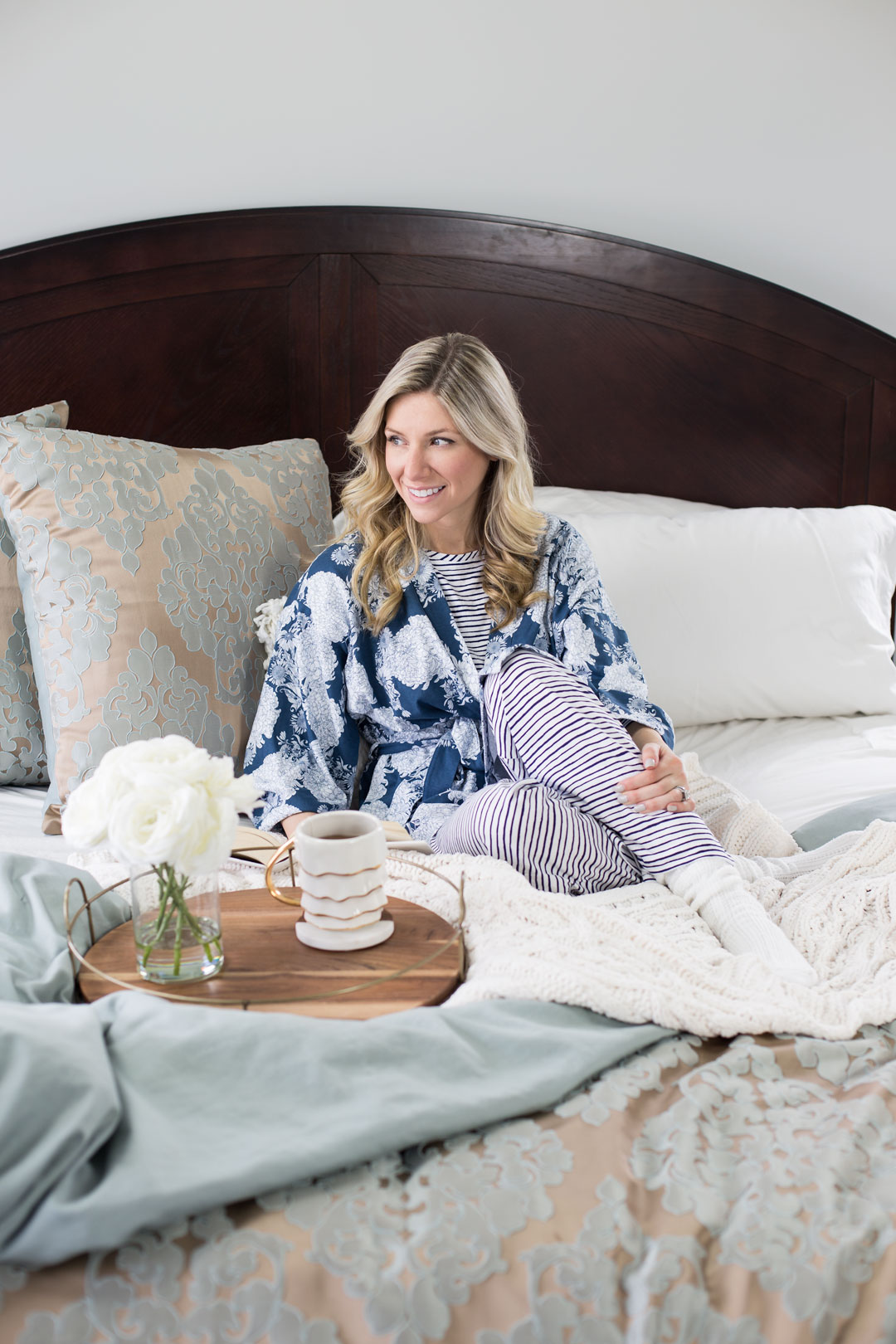 How to Stay Sane While Social Distancing 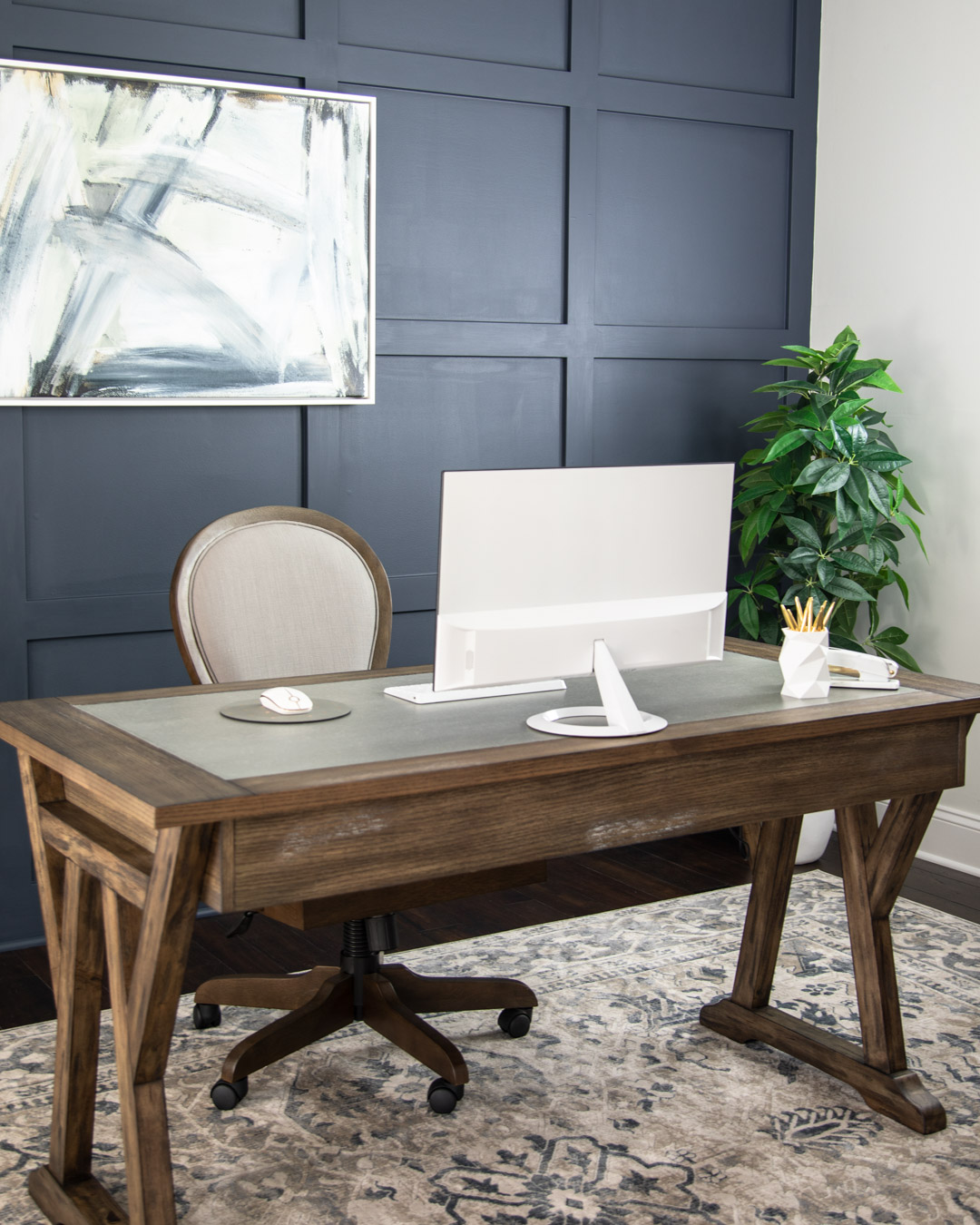 10 Tips For Working From Home 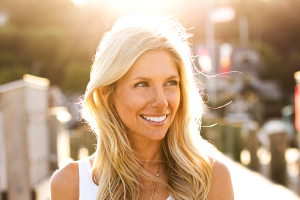 The Glamorous Gal uses cookies to help deliver a great browsing experience, as do some advertisers and affiliates that may have industry standard ads on The Glamorous Gal. Learn more about cookies and how to change your browser settings:OkPrivacy policy